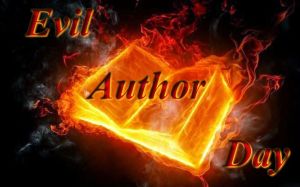 This is a short snippet that I am planning on doing more with at some point, not sure when but at some time.

Tony lay on his bed, curled in a ball, his face buried in a sweatshirt as he no longer tries to muffle his sobs. The smell that still clings to the fabric, the odor that he associates with his lover, still remains despite the weeks since it was worn.

Tony keened, trying to catch his breath as before his eyes, every time he closed them, he saw the slumped form on the floor of the elevator, his stomach ripped open and his guts hanging out. He knew he would never be able to forget the sight, the smells, the sounds of the echoes in that metal box. He would never be able to forgive himself for not helping Chris when he needed it, for making him feel he had to go it alone, for not being there for the man he loved, the man he had to pretend was just a friend, a co-worker, when in reality, he was so much more.

No one at work knew either man was anything other than straight. Tony had seen when working as a cop that it wasn’t safe. It was too easy for another cop or agent to just be a little to slow with back up or just a little careless in the field, to take care of someone they disapproved of. He had seen it happen, more than once. One of the times led to an officer’s death. The other incidents Tony had seen or heard about had simply led to resignations. The mask that Tony used at work was a bit of camoflage to keep himself safe from suspicion.

But not being out at work hadn’t kept Chris safe. It just kept Tony from being able to be open with the full extent of his grief around his friends – co-workers. Tony had been reeling after seeing Chris and worried that his reactions had been off, that his mask had slipped. So, in pure DiNozzo fashion, he over-reacted and ended up making out with the person who had killed and eviscerated his lover. And in doing so gave Kate ammunition for her barbs.

One thing that Kate’s reaction had done, however, was to show Tony that he was right. He couldn’t come out of the closet at work. His partner, his co-worker, was deeply homophobic and felt no compunction about letting the world know it. And no one, not the probie, not even the boss, had stopped her. Tony was left alone in his grief, alone to deal with the horrific and traumatic loss of his lover of over two years. As always, there was no one to support him and he was on his own.

Romance and FanFiction Writing, Geek Stuff and who knows what else.....

The home of the Every Fandom Bang and Reverse Bang!

Where the Writer Comes First.

All Things Wicked and Wonderful

Come inside... take a seat & live vicarously with me through our favorite fandom characters!!!

a place for me to share what I've written

all fandom, all the time

Ramblings of a mad woman...

Where imagination runs free and fun is had by all

A Place Where Canon Has No Meaning